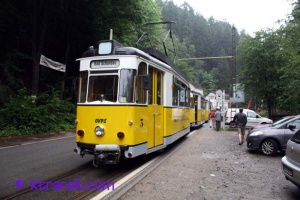 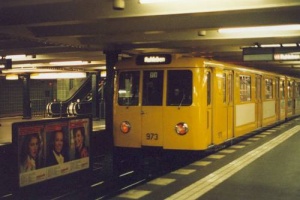 Home to Germany’s largest and oldest U-Bahn (or subway). Since the wall has come down, the U-Bahn and the commuter S-Bahn systems again link east and West Berlin. The S-Bahn is still being re-constructed to its pre-war layout. The city is extending the E. Berlin Strassenbahn network into the west side. 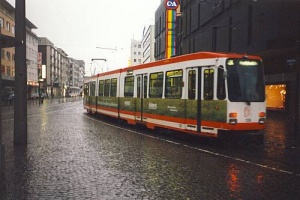 This city in the Rhein/Ruhr area has placed most of its tram lines in an underground subway but is more like light rail then metro. 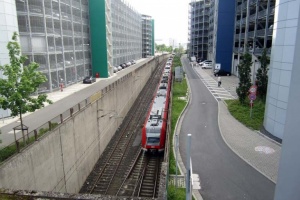 Dusseldorf is part of the Rhine-Ruhr hub of German manufacturing. Its airport is the 3rd busiest in Germany and is well connected via rail to the city. 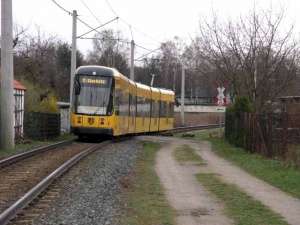 Dresden is a city that is undergoing changes since the unification of Germany. Dresden still retains its extremely large Strassenbahn network. The entire city is under re-construction. The tram lines are being renovated and re-equipped.

This city has a tightly integrated U-Bahn/S-Bahn system. The U-Bahn is also called Hochbahn, which means elevated, or high road/way. When the system opened in 1912 a good portion of the line was elevated outside of city center. 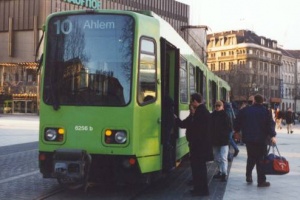 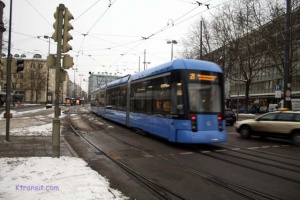 This Bavarian city has a highly coordinated transit system.  One of the nicest in Germany! 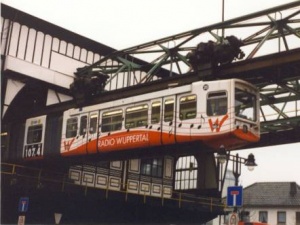 Wuppertal contains a unique rail system. A suspended Monorail system that runs mostly over the River Wupper and partially over a city street. It is noisy, but a fun operation to ride!