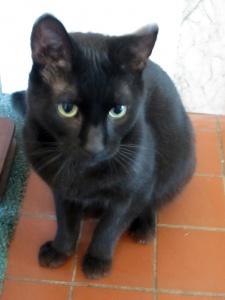 We were cat-less after Ashes passed away in 2002. It took a little time, but Cynthia started looking for a new cat online. For some reason on the Willamette Valley Humane Society, this little cat called Fast Freddie kept coming up. She wasn’t sure about getting a black cat. We had Smokey before, who was very anti-social.

Mark decided to take Cyn to the shelter around her birthday. She looked at several cats, including “Fast Freddie”. She even held a few. But when Cyn passed Freddie’s cage, he held out his paw and touched Cyn, saying pick me. Almost like the photos on the website always coming up with Freddie. So we guess it was bound to be, so we adopted him.

He quickly adapted to our home with 2 dogs. Freddie and Cinnamon would often play together, even rough housing. Freddie tried to play with Rusty, but Rusty would have none of that. It was like Rusty was afraid of cat cooties.

Freddie seemed like he wanted to be more like a dog. His eating habits were even dog like.  Other times he would seem like he was more like an alien. Then a times he was a sweet cat and loved being on warm laps and taking a nap.

He was also mischievous, he’d like to prove gravity still worked with knocking items off of tables. He like hole punching paper and pulling up the carpet. When he was hungry, he had this habit of biting people’s feet or hands. He also seemed to enjoy making Mark “dance” while getting dressed. This is how he got the nickname of “Ze Troublemaker” with a french accent. Despite this,  he was the first cat that even Mark warmed up to.

Freddie did have health issues. Via an x-ray, when he was young, we found that he was probably shot with a  BB-gun as a kitten in his rear leg. Thus he did not have very good jumping ability, but he could climb. He also developed seizures and had FIV. His seizures started getting more frequent in 2017. We got him on medicine which seemed to control them for a while, but soon they reappeared with a vengeance and he was in a lot of pain. That is when a sad decision was made for a painless journey to Rainbow bridge.

Freddie will be missed.

May Freddie enjoy Rainbow Bridge until we meet again. 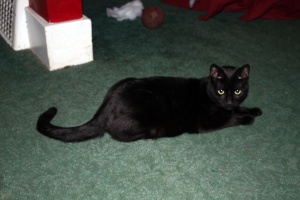 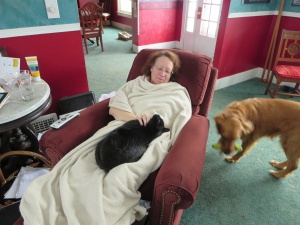 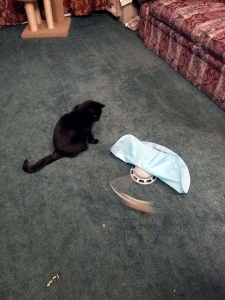 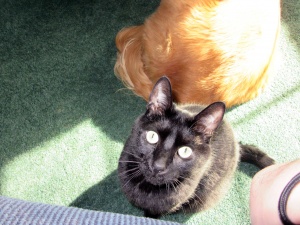