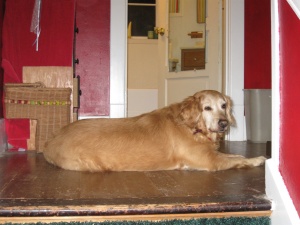 Nikki came to us as a foster dog from Golden Bond Rescue. She was the oldest dog we ever fostered at around 8~9 years old. We picked her up just before Thanksgiving in 2008. She was a little scared at first. But she bonded with Cinnamon very quickly. She also bonded with us. Her eye were mesmerizing. She was so sweet. She especially bonded with Cyn.

After Christmas is was time to start looking for a forever home for her. But by January we decided to keep her, so we became foster failures.

Over the next several months she was teaching Cinnamon some manners, and Cinnamon was teaching Nikki to have more fun. Nikki really started to enjoy car rides. If we said car, she would do the happy dance (Cinnamon just runs to the back door).

When Nikki was very happy and would run over to you, she looked like a small bear with her trot. So cute.

Nikki was more then just a older sister to Cinnamon. Cinnamon hates fireworks and gunfire. She would go basically crazy and shaking all over. We were down in Disneyland at an RV park. The nightly fireworks were going off. Cinnamon was under a table curled in a ball and violently shaking. Nikki came over and curled around her to console her. It was very touching.

Nikki loved the car, she loved the RV. She just liked going places with her family and her best friend Cinnamon.

Then on sad morning in October she woke us up at 5am breathing strangely. We got up to figure out what was wrong. 15 minutes later she stopped. We took her to the Emergency vet, but she was gone. The vet stated it was probably some sudden blood disease that would not have been easily diagnosed. The day before she had been fine and playing, but this day she was gone.

Cyn, Mark and Cinnamon were devastated. We only had her for about 11 months and now she was gone. But we know she had a great 11 months with use. We saw her get happier everyday she was with us. We still miss our Nikki-girl, her happy dance, her bear-prance, and most of all her eyes. But we know she is waiting for us at the rainbow bridge with Flame.

We love you Nikki!! 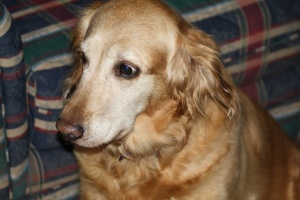 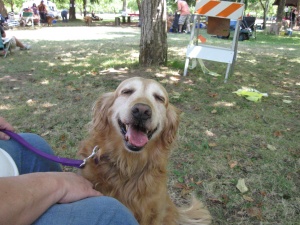 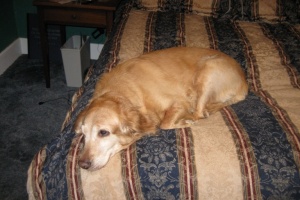 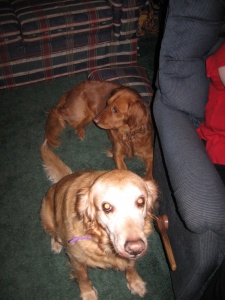 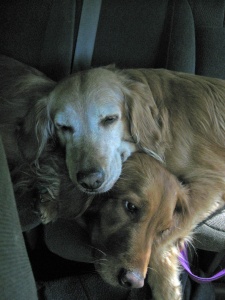