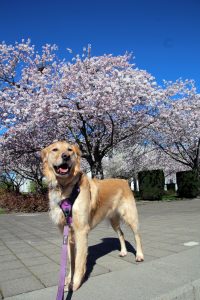 We had lost Cinnamon and Rusty in September of 2017. It was a hard loss. A lot of grieving,  and a very quiet house. We had thought about not adopting any more dogs, but the quiet was deafening.

We put in for a dog via Golden Bond, but the wait would have been long. Mark then found a posting on Craigslist for a 1-year-old Golden Retriever for $250. His name was Dylan Pickle. The previous owner brought him to our house. He was rambunctious, but a beautiful blond goldie.  The owner included a bag of food, his large crate, and toys. When Mark offered to pay, the owner refused as he thought Dylan found a perfect home. You see, Dylan’s prior family was going through a divorce, and moved into an apartment, and was home alone or with a dog sitter. He needed space.

The first 6 months with this ball of energy was very tough for all of us. He’d like to bite and bark a lot and go on crazy zoomies during walks, including biting while outside. We started to not crate him at night and let him on the bed. His disposition started changing quickly. We then stopped crating him when we left him in the house if he went out, his disposition improved even more. Trust was established.

He is probably the smartest dog we have ever had. He has developed his own games and loves to give hugs and snuggles. He can get mouthy at times when he is super excited, but it is rare. His barking is getting less and less, even in the car. We are happy that we were able to work with him as he is a great dog! 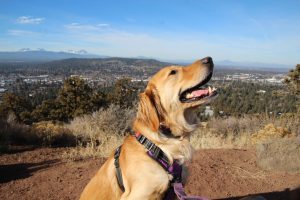 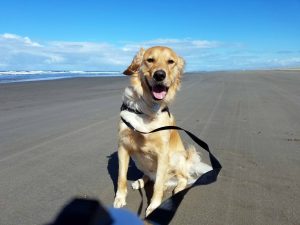 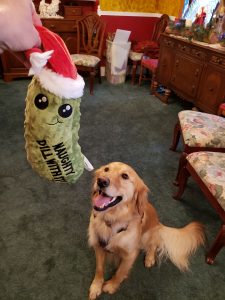 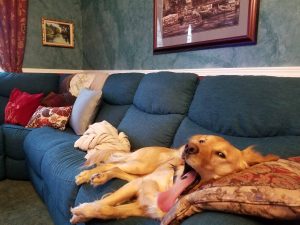 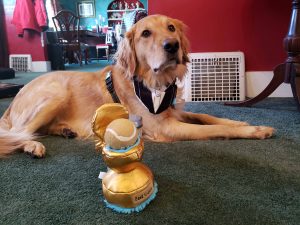