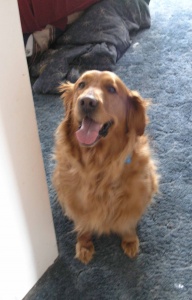 We had Sunny, our third foster, for only two weeks. She is a sweet 5 year old girl who was a victim of a divorce. She is a short stout girl.  We got her right after she was spayed. So she was moving rather slow and tired easily. She also had developed Kennel Cough.

Cinnamon was so very patient with Sunny. We were amazed how well Cinnamon worked with Sunny and understood when she was not felling well.

After having her for a week, we got contacted by the adoption coordinator of a potential forever home! Sunny instantly took to her new parents. She also has a brother golden now. She has plenty of property to roam around in SW Washington.

Despite having her for a short time, we miss her as much than our previous fosters. I think Cinnamon misses her the most! Sunny and Cinnamon have the same coloring, maybe that’s why?

We recently heard (2017) from her furr-ever home that he crossed the Rainbow bridge. 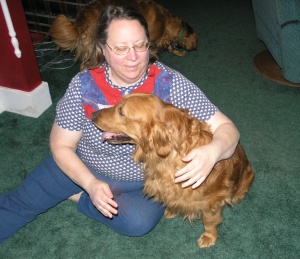 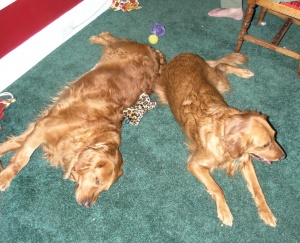 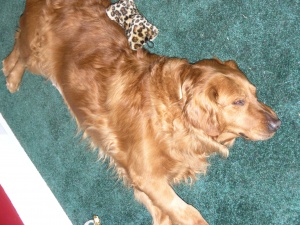